My VBAC Baby (Thanks Squishy Bubba!)

Wow. It was just about everything I envisioned for the birth of my first child, except this was my third. As they say, "third time is a charm". Basically this time my body got to do what it was designed to do and all on its own timetable.

No measurable fluid at 41 weeks meant induction with my first, breech meant a Cesarean with my second. Our third was head down and doing great...a VBAC was planned and looking like a reality! I was 1-2cm and 25% at my 40 week appointment and 3.5cm and 50% at my 41 week....those two practice labors (A.K.A. "False labors") that I had in the middle of the night for a few hours in the past week were doing just what they were meant to!

Even though the majority of people in my life were practically beside themselves that the baby "still wasn't here", things were moving along at the exact right pace for my body and the baby.....so I tuned them all out and continued to let my body do what it was designed to do on the schedule that God and the baby had all worked out. (After a bit of internal work on fears of repeat or new complications no doubt, thanks again Erin!) I got a massage the day before he arrived, just to put me over the edge of relaxation.

And that it did.

My water broke at 4am the next morning. This time we didn't have to rush to the hospital because the baby was head down, yay! New territory again! I chatted with the midwife on call and got back in bed to rest as much as I could before show time. Contractions began about a half hour later and by 7ish they were starting to increase in intensity. Another chat with the midwife on call with contractions around 6-7 minutes apart, led me to a quick shower to make sure things didn't slow down. Nope...no slowing down or lessened intensity. What an amazing thing it was this time to basically decide when we would head to the hospital!

After getting checked in and monitored for a bit the most amazing midwife in all the land set me free and we walked together for about an hour. We went back to the room and monitored the baby for a few minutes and then walked around for another hour. Things were definitely moving right along. my midwife said I was starting to stop for a contraction at lesser door increments. Once I was stopping at about every other door we moved back to the room. I had several contractions on the birthing ball and then we moved to the tub. Our amazing doula arrived by this point and became my rock as I essentially transitioned in the tub. I also began to feel the urge to push in the tub, which I managed to breathe through a few times (hello Hypnobirthing!) but then it became far too strong of an urge. Baby had gone from -1 station to 2 in the tub so it was time to move to the bed (VBAC = no water birth). I hear I pushed for 10-15 minutes. That was um, a home run compared to the 3 hours I pushed with my first. I felt the head this time....I reached down and caught the baby this time and put him right on my chest. I delivered the placenta with no complications this time. I mean, it was just what I wanted, to very simply have a baby and that was it!

Everything went basically exactly as I had envisioned when I was pregnant with my FIRST. Yep, third time is a charm! No drugs to induce, no general anesthesia after for a D&C, no spinal for a cesarean, no whatever else drugs in my veins. NADDA! It was a dimly lit, essential oil diffusing, relaxing music, drugless, amazing birth. Transition was hard, pushing was hard. They were over so fast and then he was here, our THIRD boy! Haha! My OB popped his head in to say contratulations which was exactly the way I wanted to see his face. I love him but I didn't want him at the birth because then that meant there was a need for his talents.

I even felt fantastic afterwards; a little tired but not utterly exhausted like after my first, not sore and anxiety-ridden from drugs leaving my system with my second. Easiest birth and recovery ever...thanks little bubba! 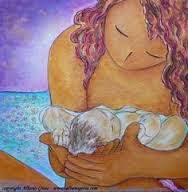 (I didn't paint this; just love it)


If anyone in the Chicagoland area is looking for a fantastic OB/midwife practice, who happens to have amazing VBAC numbers then I highly recommend OMG Women's Healthcare in Hinsdale, IL. Love those peeps! 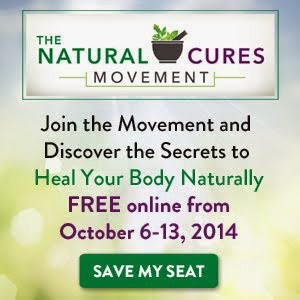 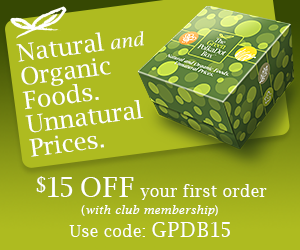